The Oscars are here and what better way to get cozy up and watch the contenders than with some delicious organic gourmet popcorn and local wine from Malibu Rocky Oaks!

We cooked up our fave recipes, grab some fresh ingredients at the Malibu Farmers Market  now we’re cooking up a storm getting ready to root on local filmmakers like by Bryan Fogel who’s documentary Icarus is up for Best Documentary. Read Bryan’s interview here and get poppin’! 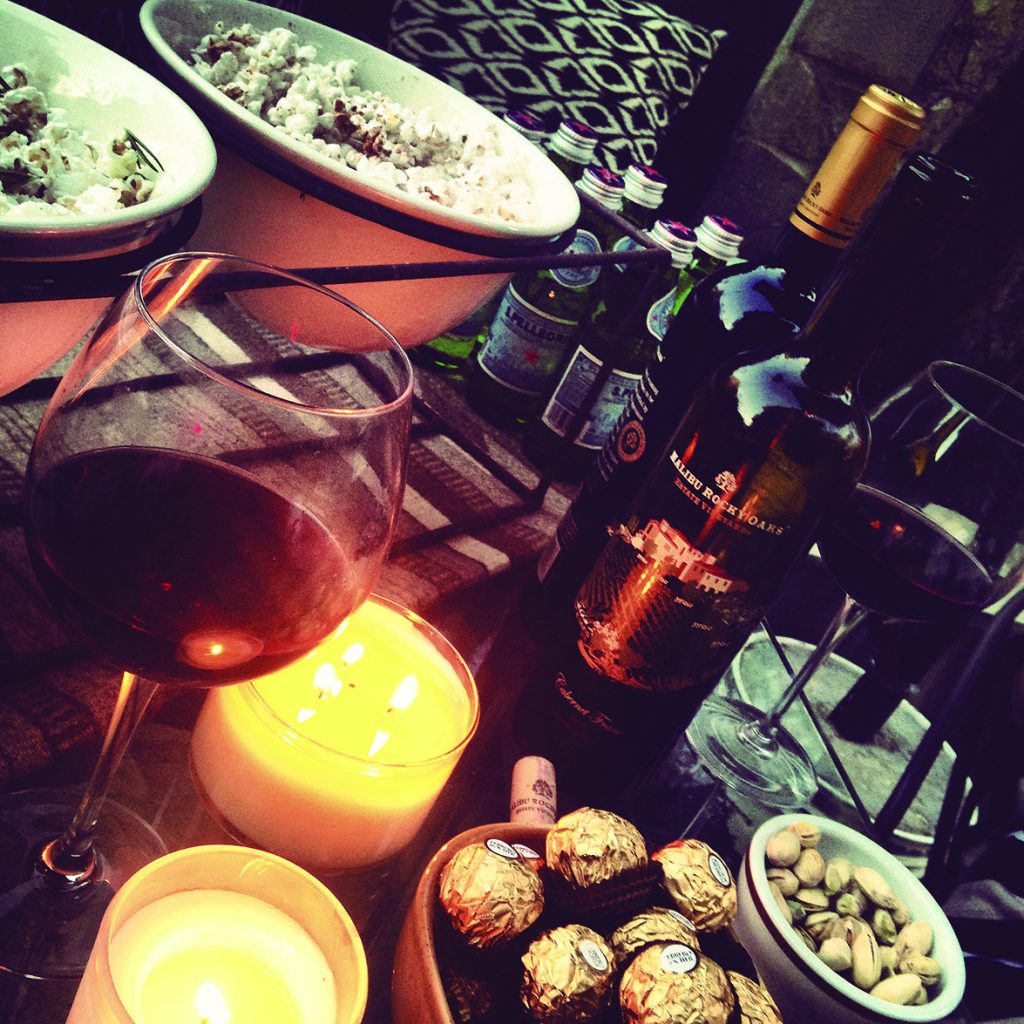 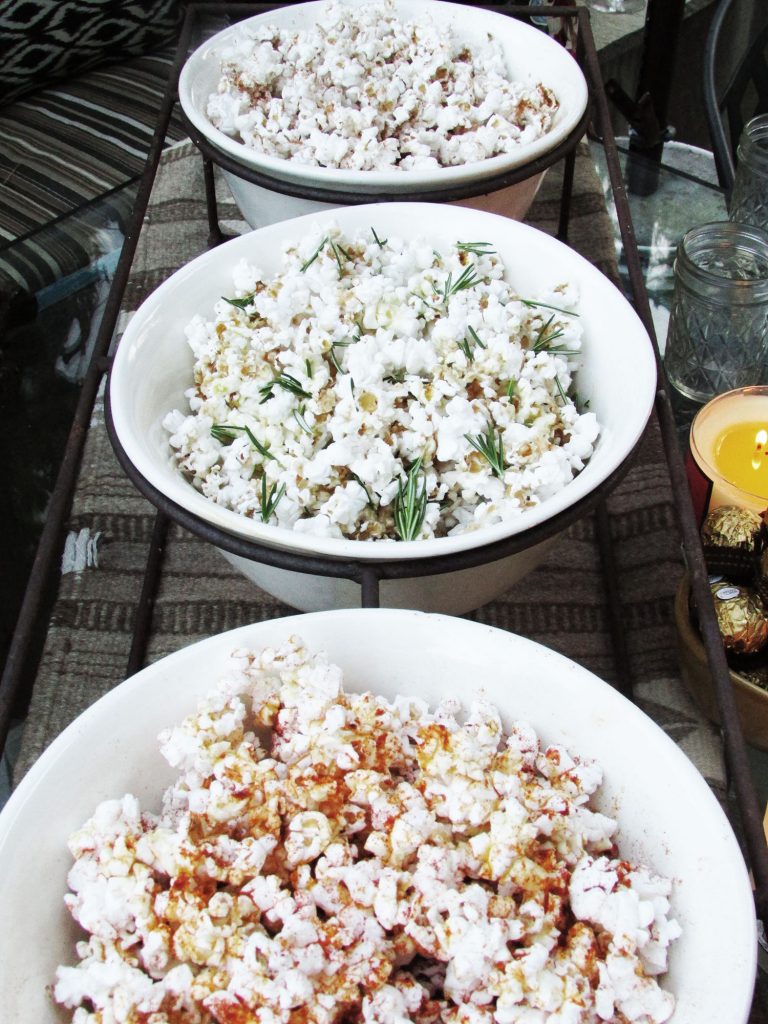 Coat the bottom of a large pot with canola oil. Pour in the popcorn kernels in an even layer and cover.

Cook over medium high-heat and when you hear the first kernels pop, begin to shake  until all the corn is popped. When popping has stopped, remove from heat and transfer to a large bowl.

While waiting for the popcorn to pop, melt the butter and stir in the sriracha in a small saucepan.

Drizzle over the popcorn and toss, seasoning with salt.

This popcorn recipe is best when popcorn is piping hot.