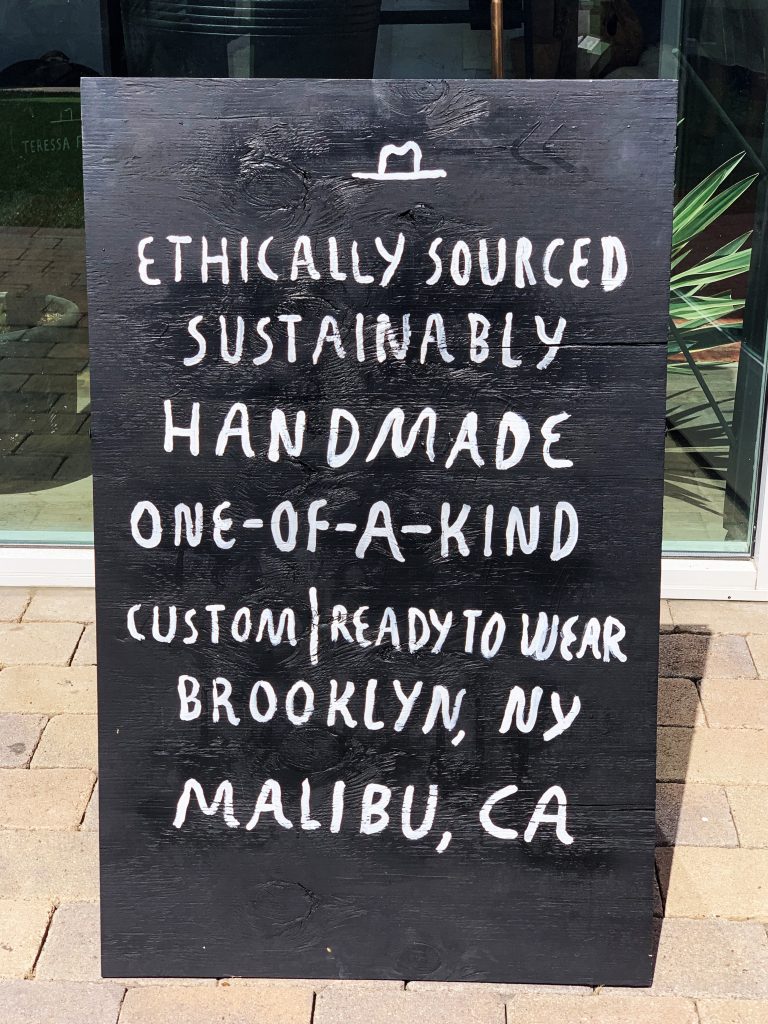 You don’t have to be a devoted hat lover to covet one of Teressa Foglia’s unique handmade designs. Each one is a work of art on its own, curated from inspiration by way of her travels, to be displayed and enjoyed.  Once you participate in the process of creating your very own one-of-a-kind Teressa Foglia piece, I guarantee, you’ll be hat-hooked. In fact, she has a strong celebrity following, swooping up multiple Teressa Foglia creations in one visit.

In the summer of 2019, the famed hat designer opened her eponymous West Coast outpost in the Malibu Country Mart bringing a new kind of bespoke, one-of-a-kind design to our little global utopia. Her designs not only scream sensibility and chic, it also falls in line with our core values and dedication to the environment.

I spoke to Teressa about how she, and her creative partner Tyler Hays Wild, have incorporated conscious design into the process of producing each hat;

We spoke about how Teressa has incorporated conscious design, creatively, intuitively and eco-friendly, to the process of producing each hat;

1. Economic
a. Three primary suppliers account for 75% of our raw materials. Two of them are the third generation in their business working with fair trade wages, working conditions and workers rights. We know every supplier and have seen all aspects of their supply chain including factory tours in various countries. We support sustainable livelihoods in Ecuador, Canada, Czech Republic, three states in the United States and multiple families in New York City. 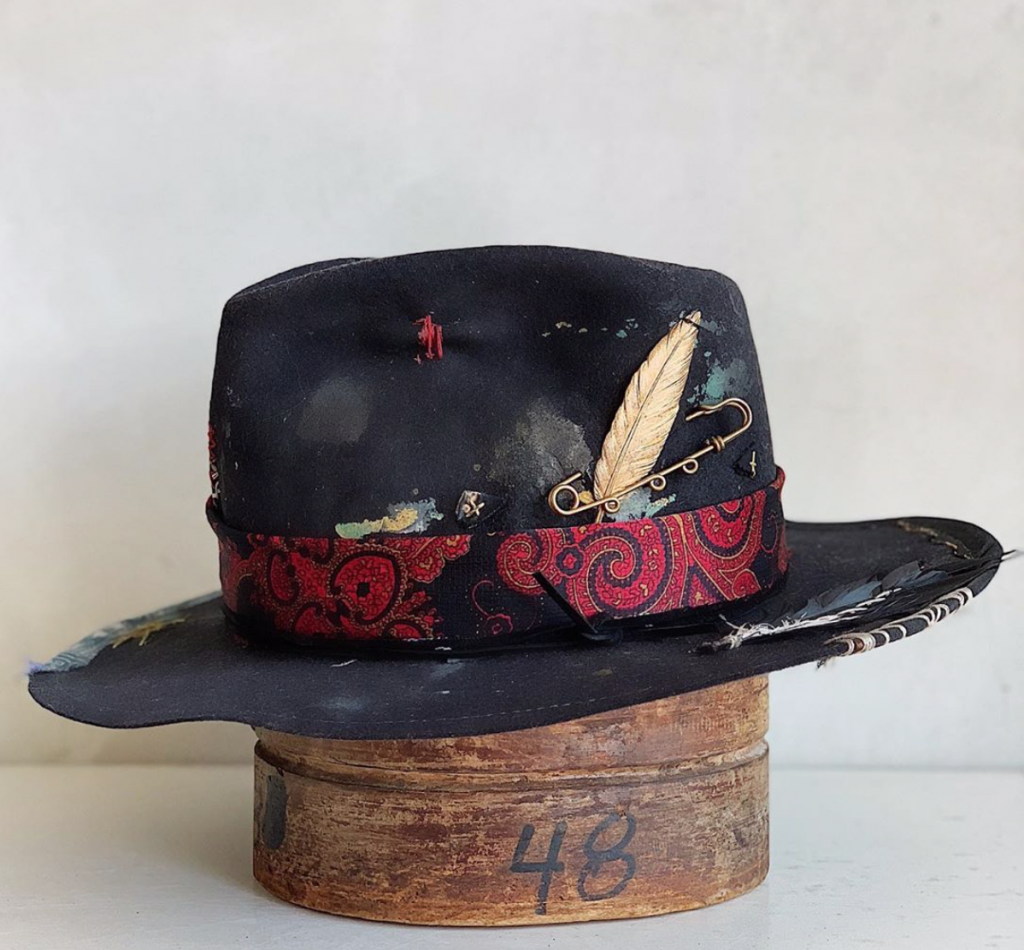 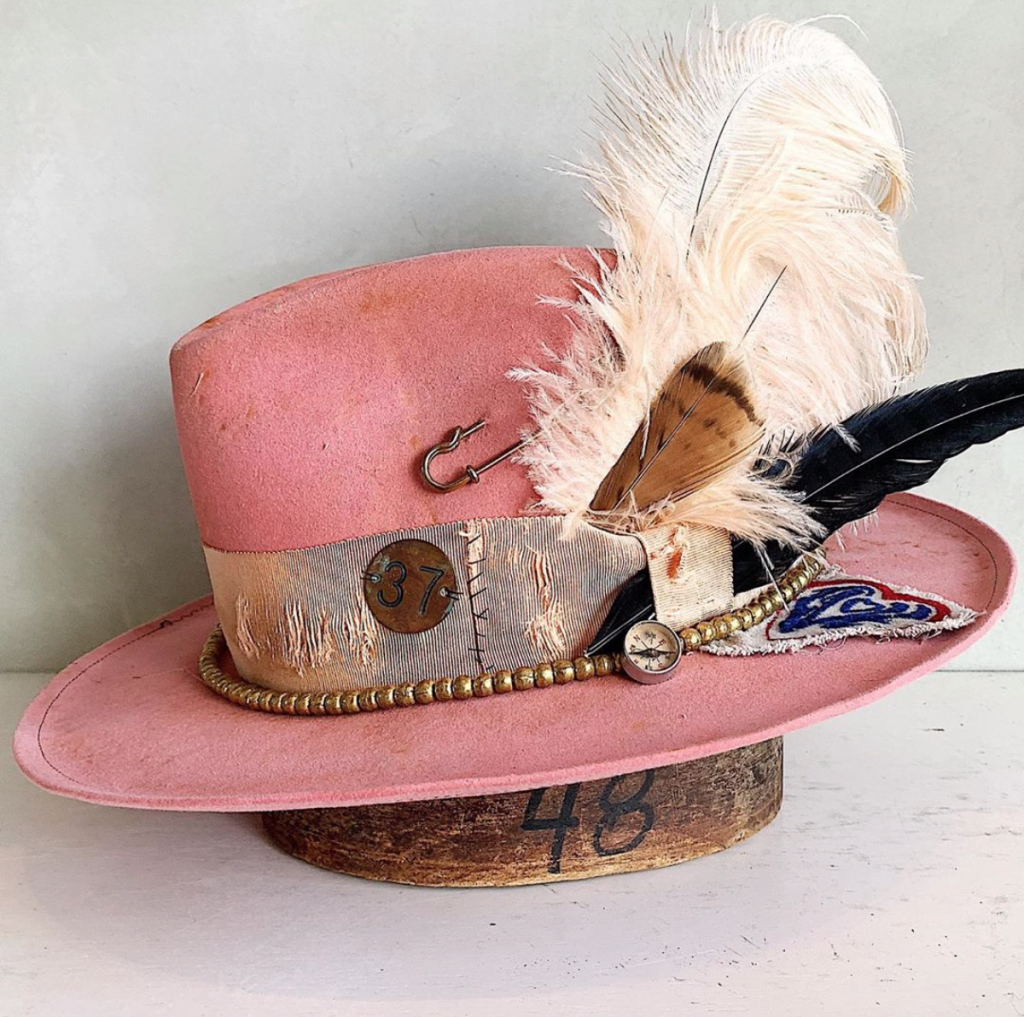 a. We really believe in supporting our community. We have donated over 100+ hats to silent auctions, charities and give % back to our partners throughout the year.

A Teressa Foglia custom designed hat takes on a life of its own as she walks you through the design process for your custom piece. Sourcing textiles from around the world, Teressa offers a wide variety of fabric and trimmings to choose from. I chose to let Teressa do what she does best as an intuitive designer, and create one.

Three weeks later, my Teressa Foglia creation was ready. Teressa’s process proved that sometimes you have to think outside the box. In this case, the hat box!

Malibu Must Have: The H&M Conscious Collection