The eye shades were influenced by African wildlife with rich, pearlescent eye shadows inspired by six beautiful creatures—cheetah, elephant, giraffe, lion, pangolin and rhinoceros—that all face common threats from shrinking habitats, conflict with local communities, and the illegal wildlife trade. These majestic animals are among Africa’s most endangered.

Chantecaille is proud to support six charities across the continent, from Namibia to Kenya, to help secure a future for these vulnerable species and the people who live near them. 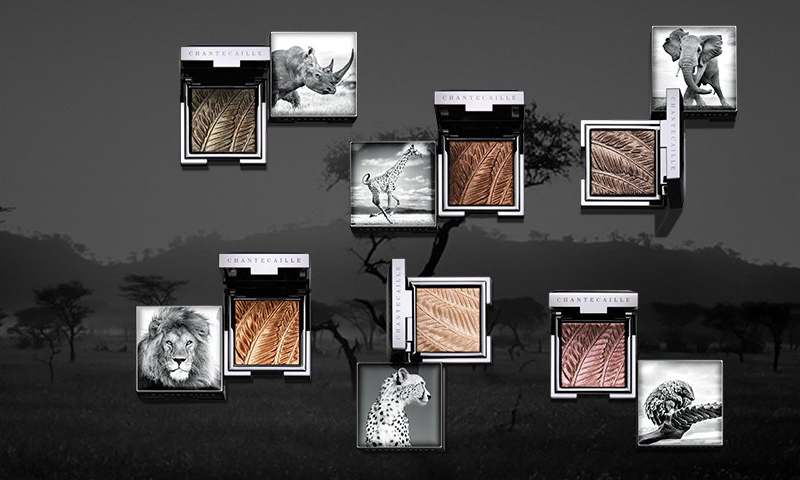 Another reason why we love the Chantecaille Beauty Brand so much? They are cruelty-free and vegan-friendly and are free of the following chemical components and additives that are harmful to the environment and our eco-system: Phthalates, Sulphate Detergents, Mineral Oil, Petrolatum, Palm Oil, Synthetic Colors, Synthetic Fragrances and GMOs.

Getting Personal: Create a Customized Skin Care Routine to Get You Glowing!