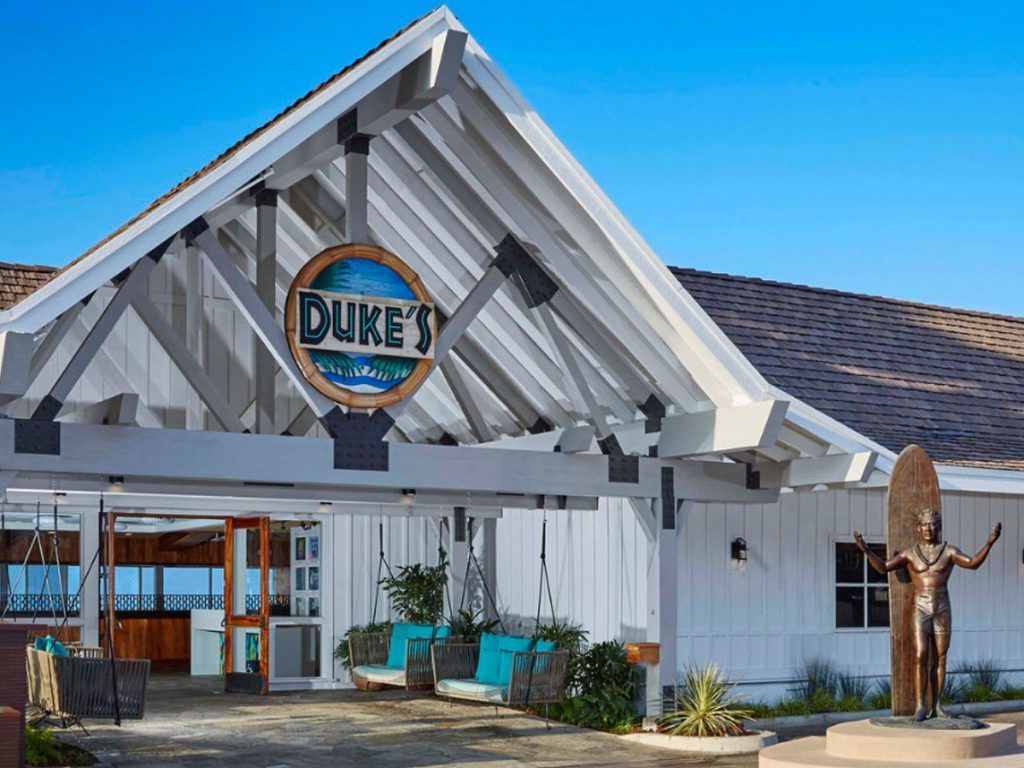 Surfing legend Duke Kahanamoku taught surfing in Malibu and spent time in the area where he was a lifeguard, competed in water sports and also appeared in over 28 Hollywood movies. Duke’s Malibu honors Duke, but also pays tribute to the early days of surfing in Malibu. Adding to the lore, Kathy Kohner Zuckerman, the inspiration for the Gidget novel, movie and TV series that sparked the California surfing craze, works at Duke’s Malibu as our Ambassador of Aloha.

Guests at Duke’s can take in the views of the “Queen’s Necklace” from Point Dume down to Palos Verdes out to the Channel Islands and including Catalina. Don’t forget to look right off shore where ocean wildlife such as dolphins are often seen passing by. 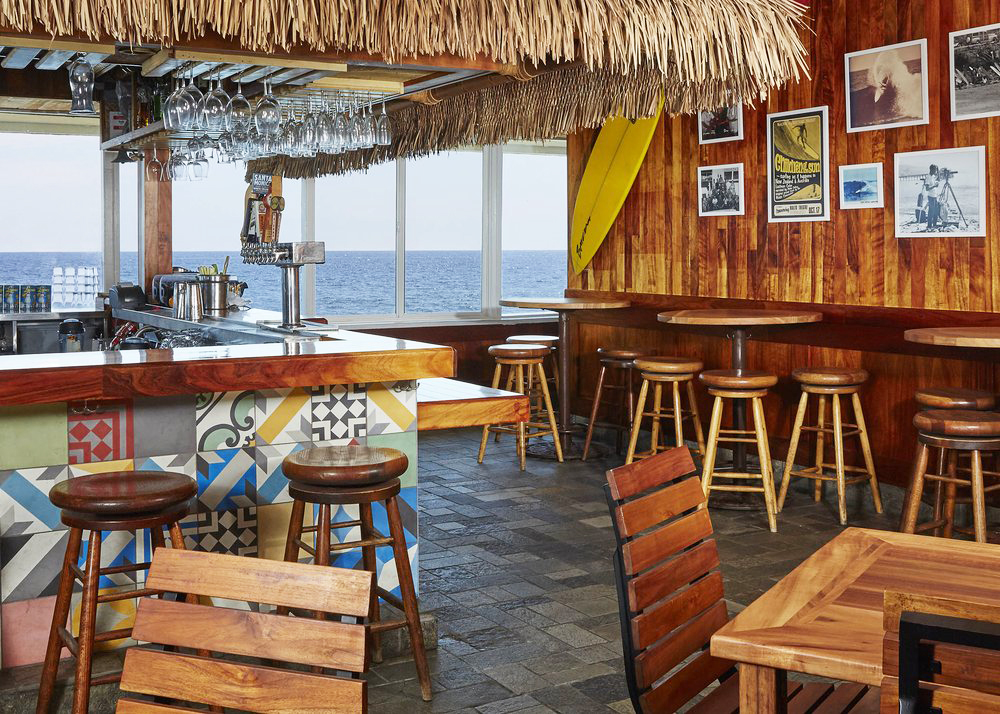 ALL NIGHT ALOHA HOUR ON MONDAY

Taco Tuesday in the Barefoot Bar

Kimo’s Original Hula Pie®. This dessert was developed at Kimo’s long ago and has been pleasing even the heartiest of dessert eaters ever since.

Hula Pie is made with Kimo’s favorite macadamia nut ice cream piled high on a chocolate cookie crust and topped with chocolate fudge, whipped cream, and more macadamia nuts. It is sized for sharing, but rarely goes unfinished!