UPDATE: 1/2019: The Native Hotel was damaged in the Woolsey Fire and remains closed until further notice.

Formerly the iconic Malibu Riviera Motel, refuge for the likes of James Dean and Marilyn Monroe. has taken a new lease on life, resurrected as the new uber campy kid in town, The Native Hotel.

Located on PCH at Point Dume, the mid century motel, in existence since 1949, was in hybernation, falling into disrepair over the last few decades so its founders, a family of longtime Malibu locals, sold the property to Shaun Gilbert of SKG Investments as well as the the owners of Folklor, the Los Angeles design firm charged with the aesthetic of hotspots as diverse as Venice Beach’s Gjelina and Koreatown’s The Line Hotel.

Walk past lucky Room 13, also the spot where Bob Dylan penned the lyrics to “Blood on the Tracks,” is a former rustic shed that houses the spa where yoga classes and beauty treatments are available for guests.

Before Native took over the space, the shed was home to a library of negatives belonging to the hotel’s late founder, Wayne Wilcox, a celebrated local photographer, whose work is now displayed on signage, walls and matchbooks for lighting incense. 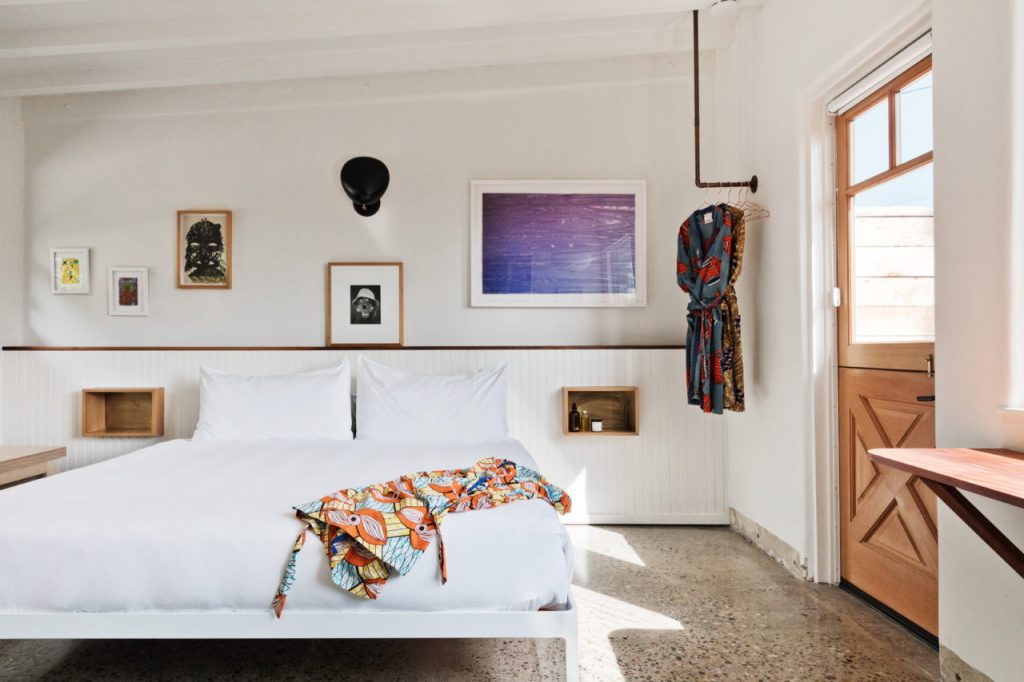 Overnight guests will find incense ingeniously stowed away in the key ring to their room,  relax in custom-made robes cut from vintage kente cloth. A hammock for lazy afternoon naps awaits in the privacy of their bungalow’s high-walled, pebbled backyards. 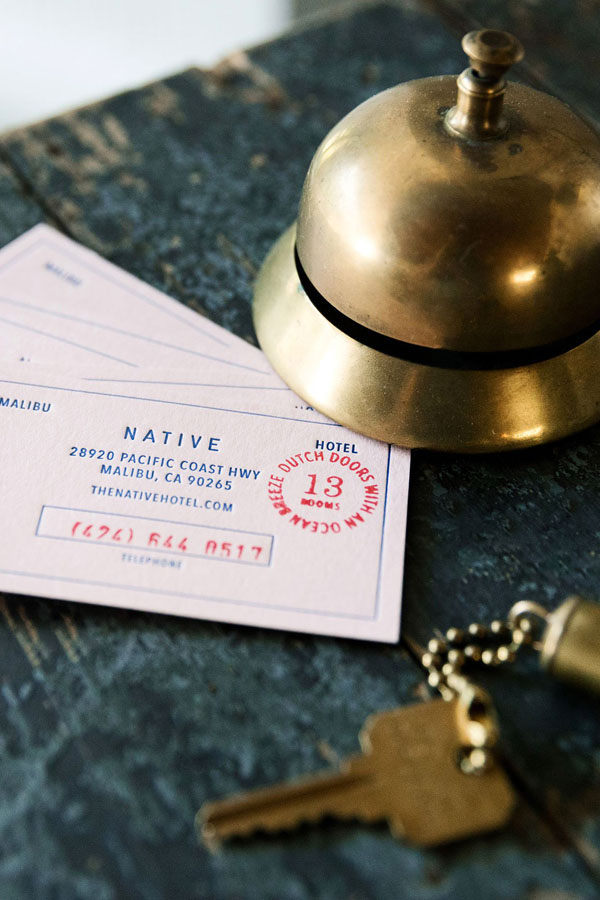