Local bartender Lerone Howard has been mixing cocktails with love since 2011. His “continuing education” of the craft has led to some creative concoctions during COVID. He’s dreaming new drinks inspired by Lerone’s passion for the craft on his  instagram @mixed_with_amor

So get ready to drink up! 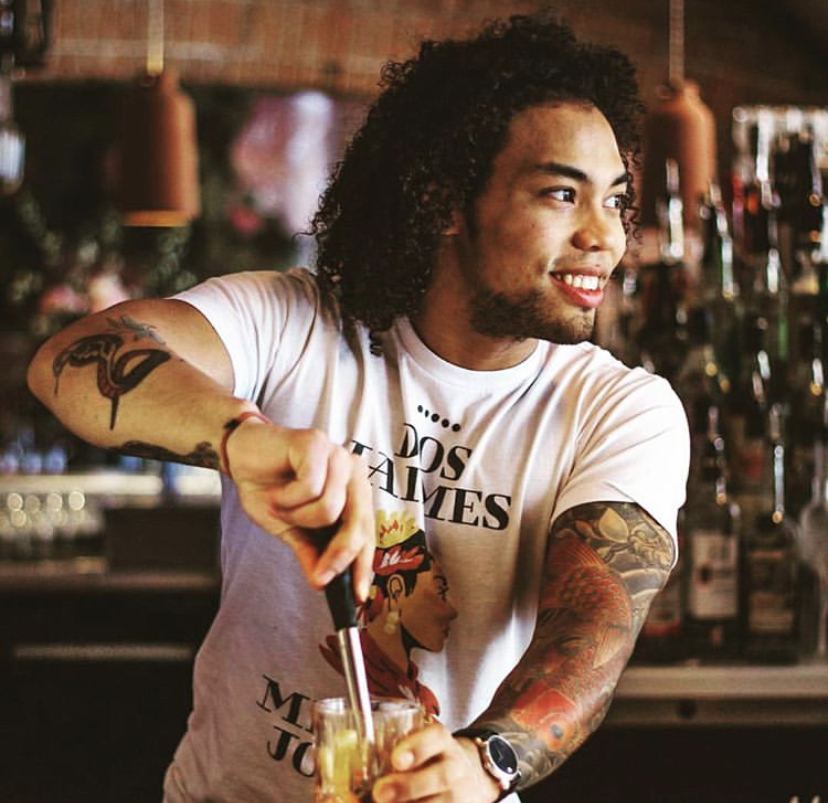 Origin:​ A fun play off of the song “Besame Mucho,” bisabe (pronounced: bee – saawb), a type of hibiscus tea, is the backbone of this cocktail. I have a dear friend, Bengaly Kaba, to thank for the lesson on this ingredient! Bengaly and I worked together at the restaurant, ​Aventura​ in Ann Arbor, MI. It was there that he taught me about this hibiscus tea he used to make for his friends and family growing up in Ghana! The deep, vivid color and the diversity of spice gave me my centerstage ingredient to build around. You can omit the egg white if you’re vegan and splash some ginger beer instead to have an entirely new expression! If you can’t find Bisabe, I know a guy.

Tips:​ If you can find LOCAL ​white​ grapefruit, it’s a must. Ventura County is second to none when sourcing your white grapefruit. The depth in flavor from a mere fruit is enough to bring tears to my eyes. There is some preparation involved in this cocktail. You will need to juice two white grapefruits, save the juice, and infuse the spent rinds into a 750 ml of your favorite blanco tequila (allow to steep for 24 hours then strain). Next, in the prep, hibiscus. Any local mercado should have dried hibiscus leaves. Steep the leaves over medium heat in a medium sized pan. Fill the pan halfway full with flowers, and fully submerge with water. Add green cardamom, vanilla, cinnamon, clove, orange rind and any other spice/acid you’d like (you can’t mess this up, it’s custom to your palate). Allow to simmer until the flowers start peeking their heads back out. A tip for cold press juicing ginger: be sure to alternate between ginger and meyer lemon juice, the extra liquid will ensure you get ALL of the ginger through the juicer with minimal waste! The ‘Dry Shake’ is essential to allow the egg white to froth. We call it dry because we’re trying to activate the egg white and it’s done best without ice! But we want alcohol, sugar and acid to forge as one before adding any other accents to the cocktail!

The Butterfly Effect Issue: The Story Behind the Cover

The Butterfly Effect Issue: The Story Behind the Cover