Malibu icon Gina Merz-McCloskey started riding before she could walk. Gina and her husband Bruce McCloskey are the owners of Rancho Sea Air, the epicenter for Malibu’s equestrian culture for over 70 years. Most Malibu locals have learned how to ride or got their start in horse back riding from her, keeping her impressive family tradition going. 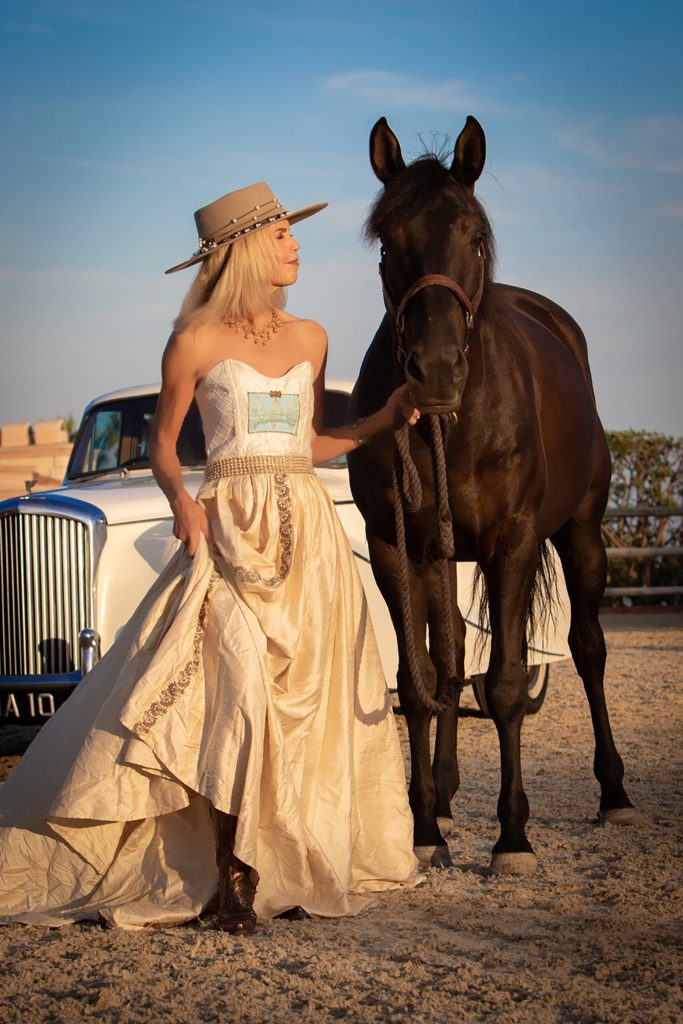 The dynamic duo managed to talk their friends into coming out to their new home. They hosted Hollywood elite at Rancho Sea Air for trail rides and camp outs, outdoor movies and beach trips. Gina’s father was a classically trained dressage rider who, with her mother’s help, also promoted three-day eventing on the west coast in the 1930’s and 40’s.” It was said in the day if you want to learn to jump, you have to learn from Egon Merz”. Egon trained the young Elizabeth Taylor to ride for the film National Velvet. He also taught Ronald Reagan how to jump!

Gina has ridden her whole life. She started out competing in small hunter shows then at the age of twenty-four she started competing in three-day eventing. Gina has a Bachelor of Science in Equestrian Education from Pepperdine (Sadly the program is no longer available). For the last 35 years, Gina has been running Rancho Sea Air, hosting her famous summer camps, where children get to learn all things equestrian, and take memories away lasting a life- time. She also specializes in trail riding and teaching.