After losing the home he shared with wife Stefanie Paige in the Woolsey Fire, passionate
storyteller Watkin produced a series of controversial interviews with City officials. The interviews were Watkin’s attempt to allow officials to respond to resident outrage and local government’s failure to supply disaster relief during the most devastating wildfire in California history.

This, and more, makes John Watkin one of Malibu’s most interesting people. 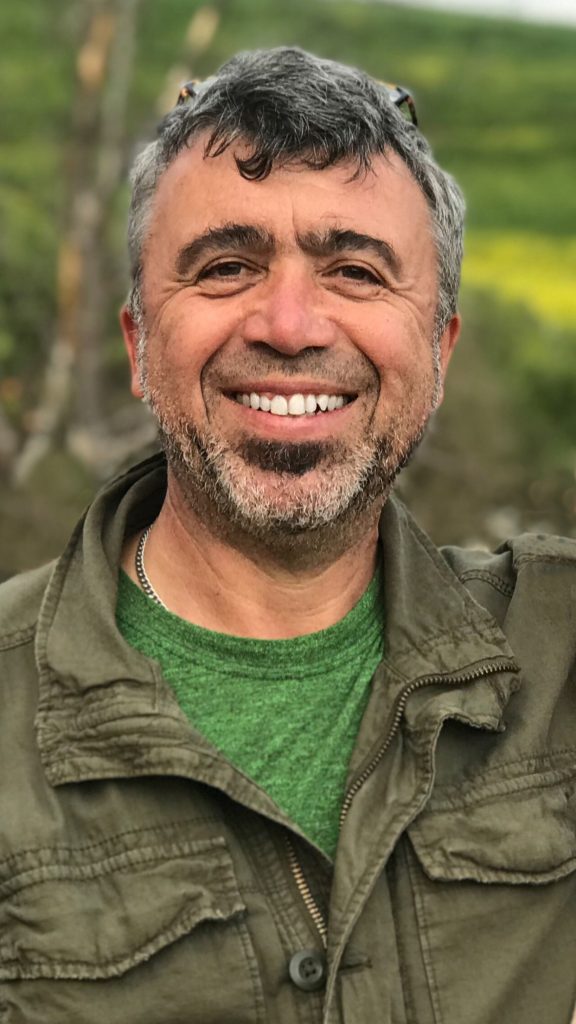 CW: What originally brought you to Malibu?

JOHN WATKIN: I came out to Los Angeles with Eamon Harrington to produce a Rock The Vote special in 1992, and we rented a house in Big Rock. At the time I was living in a 4th floor shoe box in NYC with a view of the neighbor’s wall. This was 2500 sq feet with a 180 degree ocean view all the way down the coast to Santa Monica. That was it! I was done! Six months later, we all moved out to Malibu.

CW: Give us the quick and dirty on Johnny “Guitar” Watkin.

JOHN WATKIN:   Johnny “Guitar” Watkin is my alter-ego. He’s a womanizing, whiskey drinking, bad-ass hombre who’s played in biker bars and strip joints from coast to coast. (Kind of like the real me now I think of it.) I’m forever indebted to my mentor Lenny

Goldsmith who was kind enough to invite me to join his squad of top-shelf musicians in his 14-piece funk and soul outfit called The New Old. He schooled me into raising my game so I can play with these characters. And now I’m also in Band of Rouge with my mate Andy Jackson and the unbelievably talented

Michelle Wolf, with a rotating rhythm section. Literally rotating. We put them on a spindle and whirl them around. It’s very dramatic.

CW: So many of us were floored (putting it mildly) after your video series on the City’s reaction to the Woolsey Fire. What inspired you to do the interviews?

JOHN WATKIN: Eamon and I have been making documentaries for 30 years. After the fire, like most people I was incredibly frustrated at the lack of

communication with the City. I wanted to hear their story, and not just in council sessions but listening to them as real human beings. We had made a 25th anniversary film for the City two years ago and so I called Reva and suggested I do an interview with her.

At the time there was real venom being heaped on her, and I thought it might help everyone to hear her story. She suggested bringing Rick Mullen and Zuma Jay. I told them they could not see the questions in advance, they couldn’t be in the room with each other, and they would not see the pieces before they aired! And they all agreed. We spoke to each of them for about 45 minutes, separately, and then I had to try to merge them together in a way that was fair.

CW: What’s life after Woolsey looking like for you?

JOHN WATKIN: Honestly, I think we were very lucky. We had just bought a beautiful house on Cuthbert, but we hadn’t moved in, we were still living in our rental house in Malibu West. I sat on a sand dune at Zuma and watched the fire come down Trancas and I was sure the rental had gone. Then we saw it head across to Malibu Park, and I ran up to the Cuthbert house with my stepson to try spraying it down with fire retardant, but the fire suddenly jumped up over our heads, it was like a blowtorch. I knew that house was done so I thought we’d lost both. But Tim Biglow and Mikke Pierson and their group saved our house in Malibu West, so at least we didn’t lose our stuff, memories. Now we’ve got to get through this re-build. Thankfully I’m married to Stefanie- she’s German and she gets it done man. She makes those lists and we just bang through it!!!

CW: Tell us what big picture is for John Watkin.

Well, work-wise I figured I need three things. I want to be creatively challenged, I want to be appreciated, and I want to be paid appropriately. These days that’s getting harder! But I love playing music and I love telling stories. I’ve been so lucky, we’ve won 7 Emmys for our documentaries, and we’ve just finished a film about Johnny Strange that I really love. He was an amazing young man. We shot an interview with him just a few weeks before he died in Switzerland, and we felt we had a duty to Johnny and the family to tell his story. I am also starting a business where we make private documentaries for people celebrating a significant birthday or anniversary. People’s lives are really fascinating and everyone has a story. And then Steffi and I plan to rebuild our house, and sit on our deck wearing blazers like a couple of yachties, sipping G&T’s. (While Johnny “Guitar” is out banging the blues in a smokehouse somewhere in Mississippi).