Those of us who work to save the threatened mountain lion population in the Santa Monica Mountains and Los Angeles area are devastated with the senseless and preventable recent death of P-56.

We grow attached to these animals, and avidly follow their adventures, sometimes from kittenhood to adulthood. They are individuals with individual personalities. So let me introduce you to P-56.

P-56 roamed in the western edge of the Santa Monica Mountains. In videos he comes across as playful, and in a photo of him peacefully napping, he looks like he is living his best mountain lion life. His mother, P-23, was killed by a car—another senseless and preventable death. P-56 managed to survive to age five in this challenging urban environment–living in one of the most densely populated areas in the country—where most of his male relatives don’t live past age two. He likely sired at least one litter of kittens with P-19, who is also his grandmother, demonstrating yet another threat these cats face in the area—inbreeding.

Beyond our love for these mountain lions, however, we are devastated over P-56’s death because of the significant consequences. This is not about just one individual cat. For these threatened cougars, P-56’s death is another nail on the coffin for the entire population.

The National Park Service’s research has demonstrated that mountain lions in the Santa Monica Mountains are facing extinction because of genetic collapse from inbreeding. The 101 Freeway has effectively cut them off from the rest of the world, causing them to mate with their daughters, granddaughters (like P-56), great-great granddaughters etc.,. Cougars from the north bringing new genetic material can’t get past the ten-lane 101, and cats south of the freeway trying to find new territory usually die trying.

At best, the modeling by the National Park Service gives this population an estimated 50 years before inbreeding causes their demise. What this timeframe doesn’t include is other sources of mortality such as from automobiles, rat poison, and yes, being killed for preying on livestock.

Killing P-56 is tragic not just because of the loss of a remarkable cat, but because killing him has put an entire population of mountain lions at risk. He was one of just two known males in the area. Indeed killing P-56 solved nothing (another mountain lion will just take advantage of the situation) and risked everything for these cats. Are twelve sheep worth driving a mountain lion population to extinction?

And I am also left asking why? Why was this necessary?

Those of us who work to save this population of mountain lions are happy to help people protect their livestock and pets. When a depredation permit in 2016 was issued for P-45—again, an important breeding male in the Santa Monica Mountains—the community rallied to his defense and offered solutions. My organization, the National Wildlife Federation, donated funds to build a predator proof enclosure, and groups like the National Park Service and Mountain Lion Foundation worked with the livestock owner to educate them on how to better protect their animals. Through these efforts, P-45 was spared.

I am saddened we were not given the chance in this situation to work on a nonlethal solution for P-56. Although the press release outlined some measures that had been taken, many of those have been proven to be ineffective in preventing mountain lions from attacking livestock. For example, penning livestock just makes them easier prey, and an electric fence, unless it is over 15 feet high (mountain lions can jump that height from a standstill) would not do any good.

In my role as the leader of the #SaveLACougars campaign, I work with a dedicated group of partners to build a wildlife crossing over the 101 Freeway to ensure these magnificent cats have a future. This crossing will allow for cats to move freely across the region and bring new genetic material to the threatened Santa Monica Mountain population. In layman terms, it will provide them with dates outside of their family.

Equally vital to the future of this population is solving this issue of inadequately protected livestock and issuing a death sentence to mountain lions for just being mountain lions. We humans have resources and capabilities a mountain lion doesn’t, and if we want to coexist with wildlife, we do need to take more responsibility for our actions than wildlife can for theirs, as they don’t have a lot of choice on where to live or what to eat like we do. As an owner of five beloved dogs and two cats, I would be devastated if a mountain lion attacked them. But I would not fault the lion. It is my responsibility to keep them protected.

At this point the situation for our cougars is dire. Native wildlife should take prominence in these decisions. I applaud recent calls to place more restrictions or ban depredation permits in the Santa Monica Mountains and Los Angeles area. This is an imperiled population. Most of us like living among mountain lions, recognize the specialness of having big cats on the landscape. But they will disappear if we don’t take the responsibility to coexist with them, and do what we can to avoid conflict.

I hope amidst the tragic killing of P-56, his legacy will be one of positive change that ensures a future for his kind.

P-56’s death was senseless and tragic. But what is encouraging is that reform is already being proposed as many leaders have stepped up to express outrage and take action.

Los Angeles City Councilmembers Paul Koretz and David Ryu announced just days after his death that they were seeking to halt depredation permits in the Santa Monica Mountains.  Joseph Edmiston, the 40-year executive director of the Santa Monica Mountains Conservancy, told NBCLA that “he’s willing to circumvent bureaucratic processes to take matters into his own hands to prevent the death of the last remaining male mountain lion in the area.” “To see one of the last two breathing mountain lion males shot for 12 sheep is so egregious. I will spend my own personal money so that doesn’t happen again.’’

And in perhaps the most significant development, the Mountain Lion Foundation and the Center for Biological Diversity announced their petition to the California Department of Fish and Wildlife to list threatened populations of mountain lions under the California Endangered Species Act is moving forward for consideration.

To urge the state to act, Senator Henry Stern, Senator Ben Allen, Assemblymember Richard Bloom, and Assemblymember Laura Friedman sent a letter to California Department of Fish and Wildlife’s Director Charlton Bonham. In his reply, Director Bonham stated his office “cares deeply about these nobles creatures,” and agreed that “further interventions are needed in order to help these majestic animals survive.” He announced they had already taken immediate action by implementing a new policy of the executive office needing to have final sign off on all depredation permits. 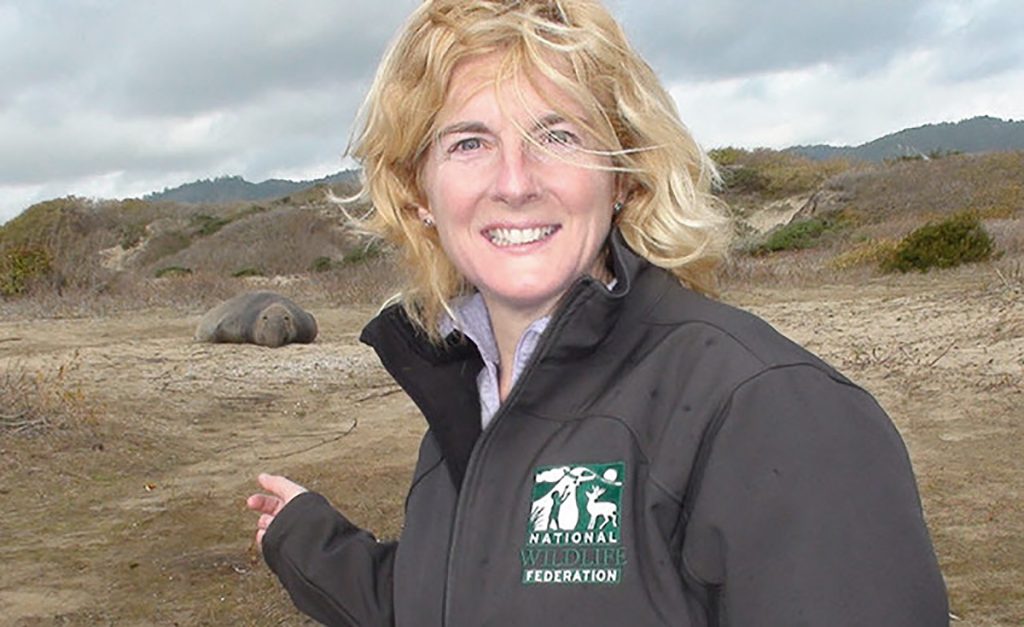 Author, When Mountain Lions Are Neighbors: People and Wildlife Working It Out in California