The Inconceivable Talent, who is taking TV by storm, will be debuting a new film, speaks out for the environment, and calls Malibu home.

Cary Elwes is a busy guy these days.  Actually that’s a gross understatement considering he recently joined the cast of  The Marvelous Mrs. Maisel in its third season playing the vainglorious British actor Gavin Hawk, starred in season 3 of  Stranger Things as Mayor Larry Kline of Hawkins for which he was nominated for a SAG Award for Best Ensemble in a Drama Series, and just wrapped Best Sellers with Michael Caine, a film in which Caine plays a has-been author on a book tour and Elwes plays Halpren Nolan, a New York Times book critic. He was also just cast in the Riverdale spin-off Katy Keene.

The UK born actor captured our hearts in the 1987 fantasy adventure comedy The Princess Bride, directed by Rob Reiner in which he plays Westley, the stable boy–turned swashbuckling pirate opposite Robin Wright as Princess Buttercup. It is a cinematic storybook that has been replayed seamlessly for generations having the perfect blend of action, suspense, comedy, and romance.

The cult classic parlayed into As You Wish: Inconceivable Tales from the Making of The Princess Bride, written by Elwes in which he recounts the many notable (and quotable) behind-the-scenes experiences. The book has enjoyed critical acclaim as well as being a New York Times best seller.

His real-life fairytale romance began at the Malibu Chili Cook-Off in 1991 when he met his now wife, Lisa Marie.  She caught his eye, and armed with a handful of tickets, he enticed her to ride a few rides. They began dating a couple months later and as the proverbial saying goes: the rest is history.  They now share the nostalgic backdrop each year with their daughter Dominique.

Elwes has been blessed with talent that has kept him working steadily with equal aplomb between dramatic and comedic roles for more than thirty-five years.  From riveting to witty, his characters leave an indelible impression, just as he does upon meeting with him.

90265 Magazine had the pleasure of chatting with Elwes, who, in addition to being a magnificent storyteller, is utterly charming, and an all-around nice guy. 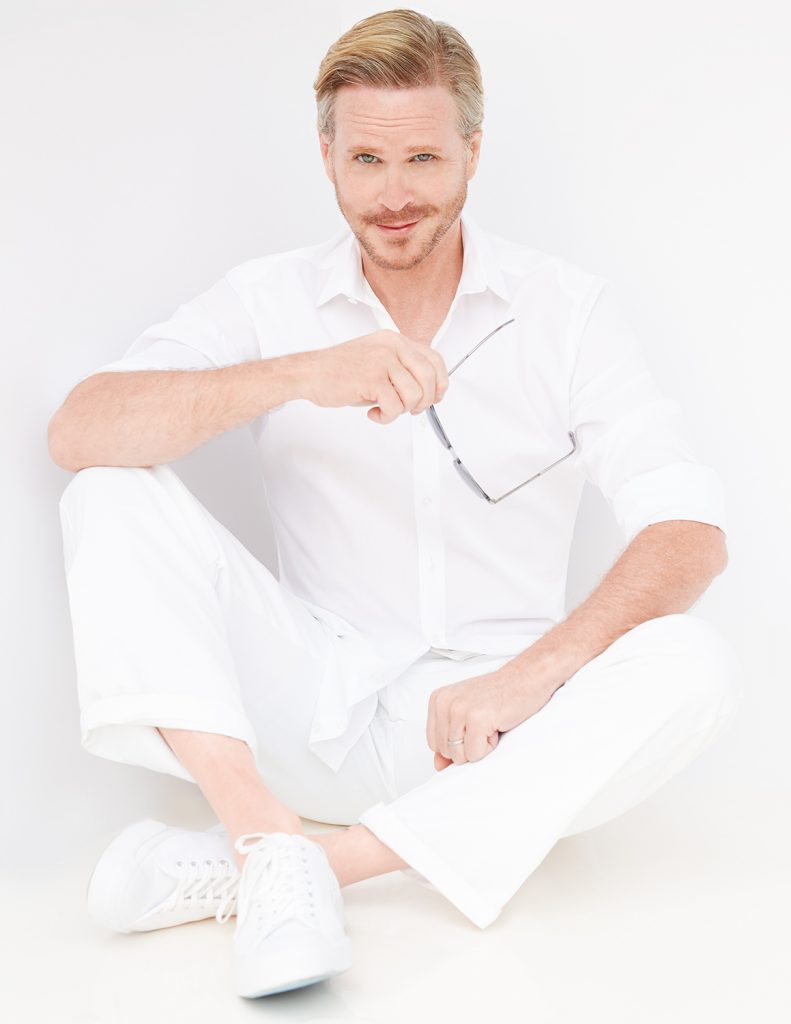 Malibu has many good qualities, but I think what I love about it most is that firstly, it is where I met my wife and started our family but also how close knit the community is.

90265 Magazine: When did you move to Malibu? Tell us what you love about Malibu and why you call it home.

CE: I always had a dream of living here ever since I first visited it while on vacation as a kid with my family. Malibu has many good qualities, but I think what I love about it most is that firstly, it is where I met my wife and started our family but also how close knit the community is.

90265 Magazine: What do you do in your down time, the little that you have these days?

CE: I spend time with my family, especially my daughter Dominique. I am big into hiking as Malibu has some of the most beautiful trails. I love being in awe of the majestic beauty of nature, especially now that I know how fragile it is.

90265 Magazine: The Princess Bride. We simply can’t get enough of the movie. It has withstood the test of time. As you’ve said, the movie literally has millions of devotees. In your opinion, why is that?

CE: I think it is one of those magical things where all the right people came together with the same vision in mind both in front of and behind the camera. Starting with Bill Goldman’s wonderful script and Rob Reiner’s magnificent direction. 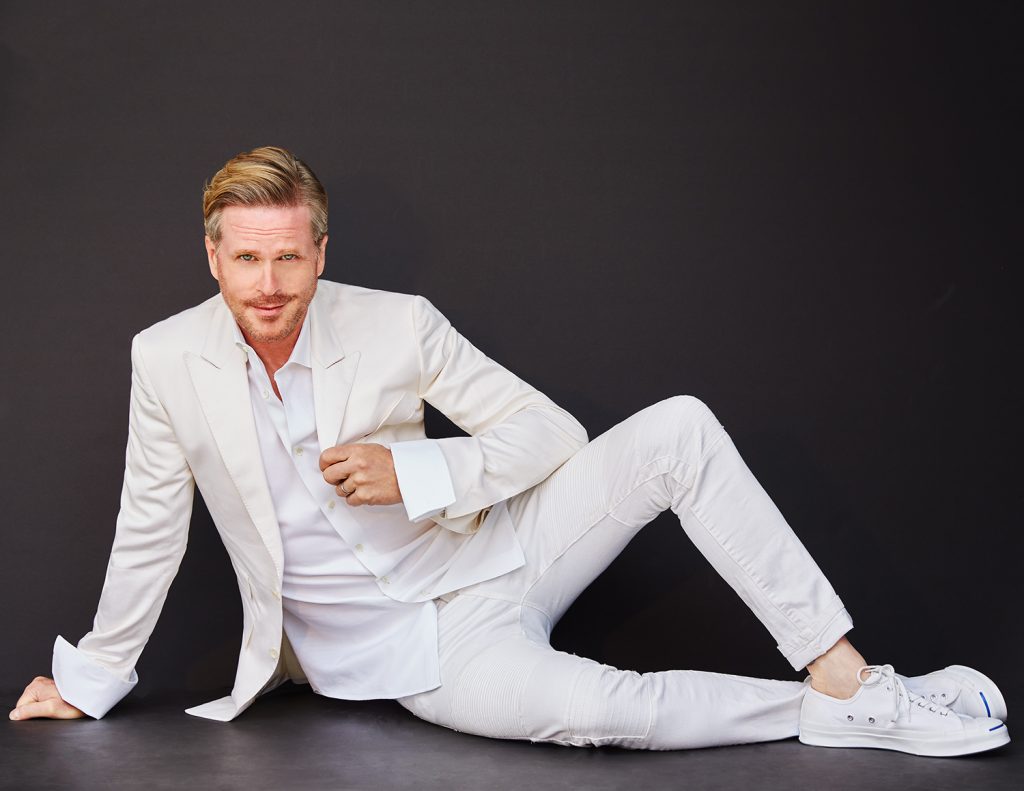 90265 Magazine: And speaking of ‘withstanding the test of time’, so has your marriage to Lisa Marie. What’s the secret?

CE: Communication and keeping our relationship alive. Learning each other’s language of love is never a bad thing. And we always make time for date night.

90265 Magazine: You are a best-selling author too! As You Wish enjoyed a place on the New York Times best sellers list. Why did you write the book?

CE: I keep getting asked by fans if the movie was as much fun to make as it looked. So I decided the best thing to do was to let them all know with one source. I also got all the filmmakers and cast to be a part of the book, which makes the book that much more exciting.

90265 Magazine: You just wrapped Best Sellers with Sir Michael Caine and you play a New York Times book critic. Tell us about working with Michael Caine.

CE: It has always been a dream of mine to work with him. He was very much a part of my childhood growing up in England. It turned out he was as delightful and gracious to work with as I had always hoped. He is a remarkable talent and has a very generous spirit.

90265 Magazine: You were nominated for a SAG Award for Outstanding Performance by an Ensemble in a Drama Series for Stranger Things, where you play the shady Mayor Kline of Hawkins. Tell us about walking onto the set for the first time.

CE: Working on that set was very joyful as it was filled with passionate, fun-loving, consummate professionals both in front of and behind the camera. And that starts at the top, with the Duffers, who are just masterful storytellers.

“…Perseverance. And believe in yourself.  If you have doubts, others will too.”

90265 Magazine: You play a British theater actor in The Marvelous Mrs. Maisel. What makes this show and your experience unique? How did this part come about?

CE: It turns out the shows creator, Amy Sherman Palladino, and her husband, Dan, were fans and I just happened to be available for the role they were looking to cast. They are also masterful storytellers so that too, was a delightful experience.

90265 Magazine: What does your daughter think of your career?  Does she have a favorite role of yours? Do you think she will follow in your footsteps?

CE: I’m not quite sure what she thinks. I might’ve become a tad cooler for a second when I got cast in Stranger Things. She seems intent right now on going into the industry but I would support her in following her dreams no matter what they were.

90265 Magazine: When was the moment you knew that acting was what you were going to do?

CE: I watched a lot of TV as a kid. I grew up watching both American and British TV in the 60’s and 70’s. So the dream started early for me.

90265 Magazine: You posted on social media about the terrible fires in Australia and before that in the Amazon and their connection to climate change. Is that an issue you feel strongly about?

CE: Yes, I do. We are witnessing climate change right here in Malibu. The fires here (in CA) and the Woolsey fire over a year ago may not be as big as the ones in Australia or the Amazon but they were still larger and more intense than any fires we have ever witnessed in Southern California. Even my daughter and her friends at school know what climate change is doing to the environment. The kids seem more aware than the adults who can do something about it. And that should be distressing to us all.

CE: The Princess Bride will always have a special place in my heart.

90265 Magazine: You’re a history buff. Has that been an inspiration with your roles? You’ve been in a number of period films.

CE: History was the only subject I was any good at in school. Still is my favorite thing to study. So yes, I have a few projects that reflect that passion.

CE: I’d like to become a better writer so I’m still working on that.

“We are witnessing climate change right here in Malibu. The fires here (in CA) and the Woolsey fire over a year ago may not be as big as the ones in Australia or the Amazon but they were still larger and more intense than any fires we have ever witnessed in Southern California.”

90265 Magazine: What is the best advice you’ve ever received? And do you have any advice for a young actor?

CE: Yes the same advice I got: Perseverance. And believe in yourself.  If you have doubts, others will too.

90265 Magazine: You were a production assistant on Superman (1976) with Marlon Brando. He insisted on calling you ‘Rocky’. Why?

CE: He never explained it and I never questioned him further. It was totally fine with me.

90265 Magazine: What music are you listening to these days?

CE: I recently saw Thom Yorke play both nights at The Greek so I am on a bit of a crazy Yorke/Radiohead kick right now.

90265 Magazine: Ok ok ok…We know you’ve said this eight million times, but can you say THE LINE once more?